I heard of Jay Underwood long before I actually met him. He was a frequent contributor to genealogy mailing lists I subscribed to. Sometimes he’d pose a question; other times, he’d answer a query. I learnt from these exchanges that he was a railway history buff and that he lived only a few communities away.

Eventually, Jay and I exchanged messages regarding one genealogy matter or another, and then we joined a new writer’s group at our local library. In the past three years, our paths have crossed numerous times. When the time came to find an editor for my latest novel, Shadows in the Stone, it was as simple as asking Jay if I could hire him for the task.

The benefits of hiring an editor you know in your own community are numerous. For one, you know the person and feel more comfortable asking questions (even stupid ones) and feel less intimidated by the whole process, particularly if this is your first time. Email is great, but sometimes a face-to-face discussion is better. If the editor lives nearby, then editor and writer can meet to discuss the novel. If a phone call will do, then neither participants are faced with long-distance charges. 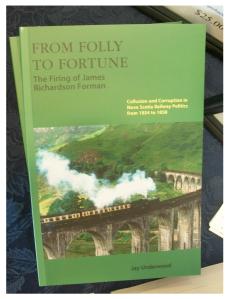 Writers of local history may find an editor within their community (or province) helpful in other ways. The editor would be in tune with local dialects, recognise place names and surnames and might be able to add things missed by the writer.

Finding a local editor is great, but, of course, it’s not the only thing. An editor must be professional and be knowledgeable in his craft. So, although Jay is a local editor, it’s not the main reason I chose him to edit Shadows in the Stone. I hired Jay because of his experience and because I liked the way he critiqued (edited) the first chapter of my novel during a critiquing exercise in our writer’s group.

Jay worked with several newspapers, including the Charlottetown Guardian-Patriot, the New Glasgow Evening News, Truro Daily News and the Timmins Daily Press. He’s also worked at both the Springhill-Parrsboro Record and the Enfield Weekly Press as editor and publisher, and as a senior editor and editorial writer at the Halifax Daily News.

Jay’s experience isn’t limited to newspapers; he has thirteen books under his belt. Ketchum’s Folly was published by Lancelot Press in 1995 and is currently being revised by Nimbus Publishing for re-release. 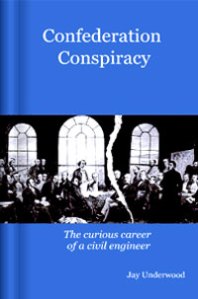 Railfare DC Books of Montreal published From Folly to Fortune in 2005 and Ghost Tracks in 2009. Jay’s current project with this publisher is Fleming’s Army, several biographies of civil engineers who built the Intercolonial Railway.

You can learn more about Jay Underwood by visiting Pennydreadful Publishing or by checking him out on Facebook.