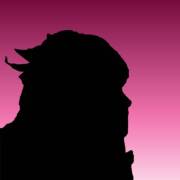 I was born in England and now live in my ancestral Scotland.

I started with short stories, then wrote my first novel, then started writing poetry and never looked back. I think of myself as someone who writes in all literary genres – with the exception of drama, but who knows for the future? – but I am probably best-known as a poet.

How many books have you had published?

I have published one collection of poetry in 2010 called Naked in the Sea, and a novel in 2012 entitled Lupa.

My second novel, The Everywhen Angels is currently with a UK publisher, who asked to see the manuscript. Likewise my new collection of poetry, I am not a fish, is currently with a UK publisher – similarly they asked me to submit to them. In neither case is publication guaranteed, but it is good to be invited. If you’re asking for the working title of the novel I’m currently working on, that’s Wade in the Water, Children; progress on this one is slow, mainly because I don’t have a great deal of time spare to write.

I don’t have an e-reader of any sort. I like to get a printed book in my hands. I mainly read paperbacks.

I think I would like to be Scout from To Kill A Mockingbird. Firstly it would be great to have Atticus Finch as a father! Secondly I admire the way that a very important and pivotal time of history is seen through the experience of a child who isn’t quite aware of the importance of what she’s seeing in the microcosm around her; I think Harper Lee pitched it just right and conveyed perfectly what it was like for Scout.

“I’m a Serb – and no, that isn’t an apology! People don’t want to hear about atrocities to Serbs, and that’s fine by me, because I don’t want to talk about the subject!”

Undoubtedly this marks a low point in our relationship, and as it happened during our first ever conversation, it sometimes surprises me that we ever got any further with each other. I put the fact that we did down to a base motive on my own part.

It had been one of those days. I was stiff and aching anyway, and my temper was worsened by having been caught in a rain shower, and having had to leap for my life as I tried to cross the road. The traffic in Rome can be bloody, and the prickly feeling under my armpits at an escape from being a statistic was made worse by having to endure a spray of filthy water over my legs and a spray of filthier language from the driver who had nearly mown me down. So I was in no mood for bother of any sort when I took refuge in a café, searched my bag and pockets for coins, and ordered a cappuccino. Bother came. Being fairly flustered I lost a grip of my best Italian, and tripped over a bit of grammar which had given me problems since the time I first tried to learn the language in school. The man behind the bar didn’t react at all, but the person standing behind me corrected me by quietly repeating the phrase I had used, but with the solecism edited. I was blazing, I turned round and told him what I thought of his effrontery, and here’s where the base motive comes into it – my remonstrance sort of tailed off because, frankly, he was attractive.

I think Vittorio – he is a surprising man, very kind – kind by stealth you could say – and he puts his reputation at risk to help someone.

b) Male or Female: female

d) Where were you born? Somewhere in what was Yugoslavia – we moved around a lot – I guess you could say my home town is, or rather was, Srebrenica in Bosnia.

e) What is your favourite colour? Black… grey… I don’t know.

g) Do you have children? No.

h) Are your parents dead or alive? They’re dead.

i) Who is your best friend? I’m not sure if I have one.

j) Who is your worst enemy? Myself, definitely.

k) What is your favourite flavour of ice cream? I can’t stand the stuff.

l) What do you fear the most? Losing my mind.

Favourite colour: Dark blue to wear, red to look at.

Favourite song: I Heard It Through The Grapevine, Marvin Gaye.

The biggest dream you hope to accomplish before kicking the bucket? To write the 21st century’s equivalent of To Kill a Mockingbird!