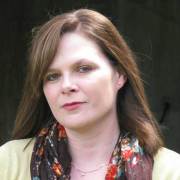 I do not write with a pen name, although sometimes I wish I did!

I was born in Canada and still live there.

I write romance books, although I would love to create a new section in the bookstore, I would call it “Horror-Mance” because my romance stories contain elements of horror. As well, I am planning to write a true-crime novel in the near future.

I have published one novel to date.

Which was your first published novel? 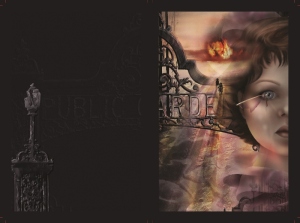 My debut novel is called “Through Cast Iron Gates”

Which is your most current published novel?

“Through Cast Iron Gates” is my most current published novel.

What’s the working title of the next book you plan to publish?

The working title of the next book I plan to publish is….”Janet-17”

I read a mixture of hard cover, paper books, ebooks, audio, pretty much anything I can set my eyes upon.

If you could be a character from a book (not one you’ve written), which would you choose?

If I could be a character from a book, I would be Swan (Sue Wanda) from “Swan Song” by Robert McCammon.  She is by far the character in all the books I have read to date, who in the face of conflict brings with her the most hope for a better tomorrow.

What is the first 300 words in you latest novel (ending with a period)?

Aubry MacNicholl was born to parents Grace and Francis in Halifax in the summer of 1893.  She was a beautiful baby, having inherited the best of her mother and the best of her father.  From her mother, she had inherited her crystal blue eyes and warm and inviting smile.  From her father, she had inherited her red hair and prominent nose.  It was not long before her 13th birthday that she started to flourish.

By the time she was 17, she had become the object of affection of many smitten and foolish men.  Her long red hair, which she usually parted to one side or the other, ended at the small of her back with a whisper of a wave.  Her smile was captivating and held a hint of playfulness and a hint of shyness, which she used to her advantage in social situations.

She was so stunning men would take notice from across a crowded room and be driven to try to make a connection with her.  Oftentimes, these same men would long to be in her company well after her scent had faded.  Even married men would let fantasies play out that would bring them to their knees in their darkest hours, leaving them nothing more than infidels.  Aubry knew she was stunning; she knew she had the ability to leave even the strongest-willed men weak and ruined.

Yet there was a part if herself she kept hidden very well, like a secret kept between best friends, never to be revealed.   She knew she was different.  Though embarrassing as she might have thought her certain personality traits to be, and as much as she kept her heart under lock and key, she knew that one day, in order to be loved and in order to love as deeply as her heart desired, she would have to reveal herself

My favourite character would have to be Patrick Putnam because he one of the only characters who is at the core, a good and decent person and whose character remains untarnished by the conclusion of the book.

b) Male or Female:  Female

d) Where were they born? Halifax

e) What is their favourite colour? Blue

f) Are they married? Yes.  If so, what is their spouse’s name?  Patrick Putnam

g) Do they have children? No children. How many?

h) Are their parents dead or alive?  Alive.

i) Who is their best friend?  Patrick Putnam

j) Who is their worst enemy?  Judas Wedgewood

k) What is their favourite flavour of ice cream?  Chocolate

l) What do they fear the most?  Being alone.

Favourite song: “Just The Way You Are” Bruno Mars

Biggest dream you hope to accomplish before kicking the bucket: I hope to someday become a bestselling author.