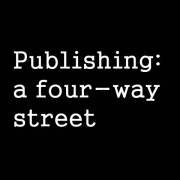 Back in 1998 when my first article was published in a magazine, I knew very little about book publishing. I believed there to be only two forms: publishers’ publishing (what is today known as traditional publishing) and vanity publishing. I realise now that self-publishers did exist back then, but I was a greenhorn and had limited knowledge.

Fast forward fifteen years and I can identify four ways a writer (or a book) can be published. Below are my definitions of these four methods according to what I’ve learned in the past decade and a half.

A traditionally published author is one who submitted their manuscript to a publishing company and was accepted. The company assumes all financial responsibility for the publication of the book. This means the writer pays nothing, not a penny to see their work in print.

This doesn’t mean that an author gets to work on the next book in peace and forget about their published book. In many instances the writer must help (and sometimes lead the way) with marketing. They must create a platform and gain a reading audience. They may put forth money to pay for this marketing, but it goes directly to their marketing not the publisher. They do not pay for editing, interior design, illustrations, printing or publicising the book in catalogues or magazines. The publishing company foots the bill, which means they own the copyright to all these features. A writer can’t simply take their traditionally published book and make an exact replica and sell it by themselves.

In return for its work, the publishing company often takes 90% of the royalties, leaving the writer with only 10%. That’s the standard. Almost every writer will discover this after a little research.

This is the way it has been done for decades. Being traditionally published is the way it almost always was before ten years ago.

About ten years ago there was a shift in the force. Writers discovered that other writers were publishing their own work. Writers realised the slim chance of their manuscript being accepted by a traditional publisher, so instead of never being published or waiting years for the acceptance letter, they decided to take a leap of faith and publish their own books.

They called themselves self-publishers, independent publishers and indies.

Self-publishers put their noses to the grindstones and either learn how to bring a book to life or contract out work to others. They handle all aspects of the publishing journey, and by doing so own 100% copyright of their work. That includes interior design, illustrations, cover design, etc.

Self-published writers hire editors and when the work is completed, they own the edited manuscript. They work with interior and cover designers and pay them as they would any other person they’d hire for a job such as a mechanic or a construction worker.

This method not only gives self-published writers full control over their work, it also gives them 100% copyright to all material because it is bought and paid for by them. By doing it themselves they find prices that work for them. They pay as they go and in the end, they own every aspect of their book.

Self-publishing is just that: doing it yourself or contracting out a particular job (such as illustrating) to eventually own the final product. There is no middle man involved.

Joint-publishing is just that, an agreement between a writer and a company—usually a publishing company—to publish a book. This is not to be confused with self-publishing. Writers who joint-publish often do not own many aspects of their book even if they paid to have the work completed (unless clearly stated in the contract). This may include interior design, overall layout, illustrations, cover design and digital file.

Writers who joint-publish retain copyright to their words, but the company may own copyright to the way in which they are presented. At times writers do not realise this until they attempt to publish their book with another company or as a self-publisher. Then they have to pay for some or all of the services a second time.

When a book is joint-published, the hired company provides and owns the ISBN and/or CIP for the book; neither the writer nor the book owns the ISBN/CIP. The numbers cannot be reused by the writer if they choose to publish elsewhere. When a writer self-publishes they register the ISBN and CIP in their name and they own it.

When a book is published through joint-publishing it often bears the name of the publisher. To many writers, this little detail is worth the money and hassle because it gives their book credibility–I’ll be it false—and allows them to state they were published by (fill in the blank).

There are dozens of such companies available to joint-publish your book with. If this is the route chosen, I highly recommend a lawyer view your contract before signing, so you clearly understand what you are paying for and what you will own in the end. I also recommend seeking legal advice before signing a traditional publishing contract to fully understand the terms in which you are agreeing to.

Joint-publishing is essentially hiring a middle man who controls certain aspects and rights to your book that may not be fully realised until the contract or business relationship ends. As we’ve learned in life, hiring a middle man costs more money, money that may be put to better use elsewhere.

When I think of vanity publishing I think of the episode of The Waltons where John-Boy falsely believed his manuscript had been accepted by a traditional publishing company. He had no say in how the book was published, but he wasn’t worried; he thought he was going to be a published author. Then several boxes of books arrived at the corner store that also served as the post office. When John-Boy opened up one of the boxes he found an invoice stating the amount of money he had to pay for the books. Obviously he was very disappointed at being fooled.

This is vanity publishing. The writer pays to have a book published (aka printed). Period. And for some writers, particularly writers who only want to ever publish one book, this is the perfect option. Why bother to learn anything about the publishing industry if all a writer wants to do is get fifty or a hundred copies of the only book they’ll ever write to share with family and friends?

Writers who opt for vanity publishing are fully aware that they have to pay for their books to get published. I don’t believe there are any John-Boys out there now.