Skip to content
HomeReview: Flying with a Broken Wing by Laura Best 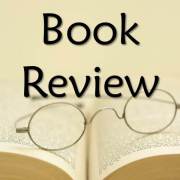 Flying with a Broken Wing by Laura Best

When I first read the title—Flying with a Broken Wing—I instantly thought of the robin my friends and I had found when we were kids. It couldn’t fly, and we thought its wing was broken. For days we kept it in our tent and brought it food and water. One day when we opened the flap of the tent, it flew out. We watched it fly around the yard then disappear in the distance, heading for the forests that surrounded our community.

I recall the joy of watching something as wild as a robin fly away, knowing I had helped it to regain its ability to live. I thought Laura Best’s story might hold the same joyous feeling. In a way, I wasn’t disappointed.

In Flying with a Broken Wing Laura Best introduces us to Cammie Deveau, a young girl who seemed to have the weight of the world on her shoulders. She was born visually impaired. Her mother had abandoned her, and her father had died in the Second World War. With only Aunt Millie to see to her well-being, Cammie felt she was destined for a desolate future. Unless, that is, she took matters into her own hands.

The story is set in Nova Scotia in the late 1940s, early 1950s. Cammie is ten years old. The entire novel is told from her point of view, so at times readers may find themselves feeling around in the dark as the visually-impaired young lady takes us on a journey her life depends upon. We see the vital details, but sometimes we’re as lost as Cammie in freezing-cold river water.

Without giving away too much of the story, I can tell you it is about finding oneself and your way even though those around you have already decided what your lot in life would be. Cammie struggles to make her Aunt Millie see life through her eyes, see that there is a future for her even if others think she has none. Along the way she befriends a boy—Evelyn—who she is warned to stay away from. Like many children who are told what not to do, Cammie ignores the advice and her adventures begin.

Although Aunt Millie may at times appear nasty, she obviously has her own burdens to shoulder. She is single with a history of bad relationships, operating a bootlegging business to earn a living, dealing with a few nasty customers, raising her sister’s child and dealing with all the negative gossip around her small community that this life style generates. I have no doubt she loves Cammie, yet her level of tolerance for the child is low at times. It’s as though she doesn’t know how to raise a child properly. Perhaps this hints at her own upbringing.

The citizens of Sheppard Square and Tanner have already placed judgement on Cammie and her aunt, and regardless of what they do they’ll never shake their reputations.

Flying with a Broken Wing is an enjoyable weekend read, one to take along at the beach or a road trip. Readers who enjoy reading about the struggles of youth in a bygone era or stories with a Maritime flair will enjoy this novel. They’ll also enjoy it if they like to read books about how those who may feel they have been dealt a bad hand in life grasp the little given to them and make it work.

The book is suitable for children as young as twelve years old to read. Although characters swearing is mentioned several times in the novel, there are no actual swear words spoken. Cammie simply states curse words were said.

Swear words were exploding into the air like shooting stars. If I were a true lady, like Miss Muise, I would have been shocked. But I grew up on swear words, swallowed them down like cod-liver oil. (Page 177).

This was my favourite line in Flying with a Broken Wing. As a child growing up in the 70s with a mother from Newfoundland, cod-liver oil capsules were forced upon us every morning. No worries about how bad they tasted; just pop them and swallow quickly before they burst in your mouth.

This is Laura Best’s second full-length novel. I found Flying with a Broken Wing contained an easier flow than her first, Bitter, Sweet. But then the first novel dealt with a more serious topic. The second has more room to breathe and provides a better opportunity to experience life in rural Nova Scotia.

Laura Best lives in East Dalhousie, NS. She’s had more than forty short stories published in literary magazines and anthologies. Her first young adult novel, Bitter, Sweet, was short listed for the Geoffrey Bilson Award for Historical Fiction for Young People and made the Best Books for Kids and Teens 2011 list. To learn more about Laura, visit her website.

Laura Best talks about Flying with a Broken Wing in Tuesday’s Interview.

6 thoughts on “Review: Flying with a Broken Wing by Laura Best”