Skip to content
HomeOld Habits are Hard to Kill

The other day while driving home from picking up hay, I ran through the current scene I was writing in Healing Stones. I played it out in my mind as if a movie. The actors spoke their lines and I analysed each one. I got inside their heads and thought about how they were feeling, what they were smelling and what they were seeing. Did their equipment dig into them uncomfortably?

Then something disrupted the scene. The image of the story on the computer stuck there like a sore thumb. Had I done it again? Had I started this manuscript, which will most likely end up around 150,000 words, just as I would a genealogy column?

In other words, were there spaces between all the paragraphs? If I were only a fiction writer, the habit of creating an easier to manipulate document would become habit. But I switch from fiction to nonfiction weekly, so sometimes, I begin on the wrong foot…in the wrong format.

Although some claim you can easily eliminate those spaces with a few clicks, I have not yet discovered this miracle way. Instead, I have to remove each one individually. That can add up to a lot of monotonous wasted time in a manuscript of 150,000 words.

When I arrived home, I checked the file. Yes, I had done what feared. I did, however, discover this error before I passed the 7,000-word mark, so the fix was quick. Phew. 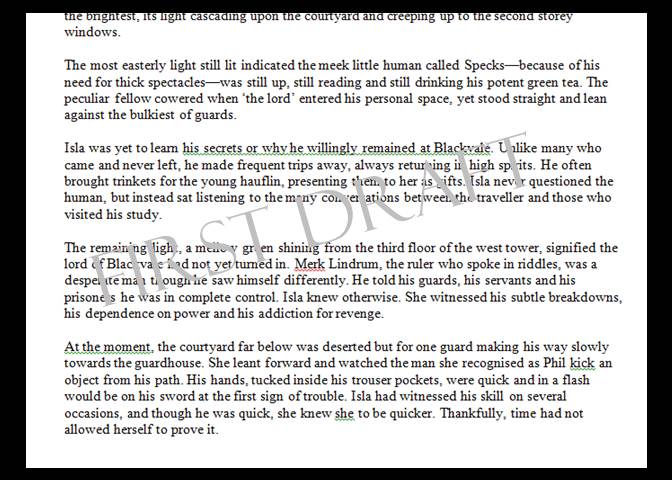 10 thoughts on “Old Habits are Hard to Kill”