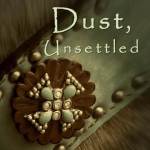 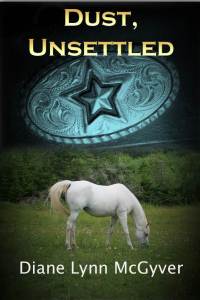 Where is he? If my true love were here, I would have nothing to worry about. Everything would fall into place. I keep thinking that someday, someday I am going to look up and see that one I have loved all these years. The man who I have spent my entire life searching for. Until then there will be no one else, no close enough, no he’ll do. I’ll just keep walking away from them as I have tonight. True love comes, but once in a life time and it will be worth waiting for. I just hope I can hold on. [Loads of unnecessary thought wandering. I wrote this during a time when I would have watched “Princess Bride” about four times a year (or more); it had everything a teenage girl needed in a movie: adventure, sword fighting, horses, pirates, magic and true love. The best love stories are the ones where the characters have to fight to be with each other, and this novel was modelled after that idea.]

Jessica dried her eyes with her jacket sleeve. She was almost home and must stop her crying so her family would not see. It was almost two o’clock, so everyone should be in bed, she hoped. As she pulled in the yard, she was relieved that all the house lights were out.

Quietly, she pushed the key in the door knob, turning the lock. She ease the door open, shutting it gently behind her. After pulling off her sneakers, she crept up the stairs [In my early years of writing, I listed everything the character did to let readers know. But readers are not dumb; they can fill in the gaps between actions. If there is nothing special about what the character is doing in moving from A to B, you don’t need the details. If I removed the act of shutting the door behind her, readers would assume she shut it and didn’t leave it open for raccoons to ransack the kitchen.] of the split entry house and slipped into her bedroom. With the door shut behind her, she felt free to breathe.

Jessica mindlessly undressed in the darkness and put on a blue cotton, knee-high length night gown. [Too much unnecessary detail.] She settled into bed, and her thoughts leave Joey. They drift off to dream about the one she loved. “Where is he? she thought, and why has he left me in this world by myself? Tears swell in her eyes and she rolled over to muffle the noise in the blankets.

“Isn’t that Joey’s?” Jessica’s mother asked, pointing to a grey car. [Before we get started, let me tell you something I didn’t realise long ago: Jessica’s mother doesn’t have a name. Of course, Jessica knew her only as Mom, but in a story, readers need to know by a name. So I’m going to name her. We shall call her Grace.]

Jessica and her mother were up early and were visiting the Sunday market to pick up a few bargains. [Misplaced setting paragraph. I’ll move this down so it doesn’t interfere with the dialogue.]

“Yeah, that’s his.” Jessica spoke in a solemn voice, remembering the night before. She brought the truck to a stop, and parked it one row across from Joey’s car. [Right here, in two or three sentences, I would summarize what happened in the first four chapters. I’d use only the memories that brought Joey’s car to this parking spot and why she doesn’t want to remember last night. I would sprinkle additional details, one sentence at a time, throughout this chapter and the next.]

“Were you suppose to pick him up this morning?” enquired her mother. [booksim]

“He didn’t ask” was all Jessica said before climbing out and starting for the mall.

Her mother followed her through the front doors and into the mall. They paid the 50 cent admission fee and began to search the eight-foot long, wooden [unnecessary details] table tops for something worthwhile buying. Already many shoppers were strolling along the row of tables lined against the perimeter of the mall. Men, women and children enjoyed the flea market, feeling free to pick through used items to see if they could be useful again.

[Almost 8,000 words into the story, and I have to admit something right here. See Chapter 5? When I consider all that came before it and what comes from Chapter 5 onward, when I do a second edit of this story, I will start it there. Right there at chapter 5. Those 8,000 words would be dumped, scrapped. I would harvest the vital organs from it and transplant them into chapter five and start the story right here.]

[New writers, and I was a very new, naïve writer when I wrote this story, need to learn when the story actually begins. By the time I wrote the final drafts of Shadows in the Stone, my start line had improved. I had to remove only one chapter to get to the start.]

But where was her true love? Would she look up one day soon and see him? Or would she endure years of waiting?

Jessica dried her eyes with her jacket sleeve. She was almost home and had to stall the tears. Given the late hour, she hoped everyone was in bed. She pulled into the yard and relief washed over her; all the house lights were out.

Quietly, she pushed the key into the lock and eased the door open. She crept up the stairs and slipped into her bedroom. With the door shut, she felt free to breathe.

She mindlessly changed into her nightgown in the dark, using the glow from the streetlight shining through the gap between the curtains to guide her. She settled into bed, and her thoughts left Joey. They drifted off to dream about the one she loved. “Why has he left me in this world alone?” she whispered. Tears welled and she rolled over to muffle the noise in the blankets.

Jessica glanced to where her mother pointed. “Yeah, that’s his.” Memories of the night before flashed in her mind, and she released a tiring sigh.

“Were you supposed to pick him up?”

“He didn’t ask.” She got out of the truck and walked towards the mall.

They paid the admission fee to enter the Sunday market and began browsing the vendor tables, searching for something worthwhile to buy. The market was already bustling, and Jessica stepped into the flow of people and began looking for something interesting.