A good effort that fell short

Spoiler Alert: If you haven’t read the book, this review contains pieces of the story that may hamper your enjoyment if you decide to read it.

I had high hopes for the story for two reasons: 1) For some odd reason titles that use only a year intrigue me; 2) It was set in a small community in the UK. However, the lack of polish and editing of the story slowed the pace and, in some instances, confused me. Many sentences were unnecessarily wordy. 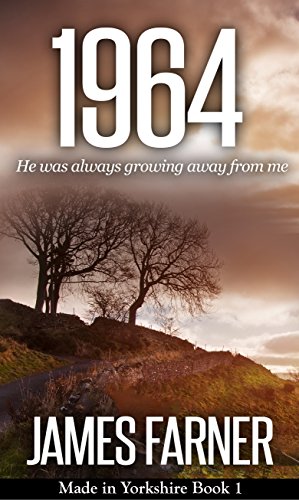 There were some scenes that were unnecessary for telling the story, and this too slowed down the pace. It was a struggle to complete the novel, but in my goal to write more reviews, I ploughed onward.

I wanted to like the main character, Richard, more, but I felt his parents were favouring him over his older brother Peter for no real reason. Richard was inquisitive and at times brave, but he was part of the reason his brother was treated poorly by their parents.

Speaking of the parents, there was no reason given for their lack of respect they had for Peter. Peter worked hard and deserved more than he got. I understand the use of the strap in 1964, but it seemed Peter was punished for little reason, whereas Richard was given a free ride. The home environment for Peter amounted to child abuse. Richard hinted to the fact that his father might be working Peter hard, so he could take over the farm, but that was not the reason. So why was Peter treated like a slave? I was not shocked he ran off. He had hinted as much earlier in the story.

While Peter was working hard, Richard was not even asked to help. At the very beginning of the story, Richard had done a little work in the field, but then he was off to play or write or wander. Richard, a boy of eleven, would have had chores on a farm that would have kept him busy for at least half the day.

Knowing all this made the story hard to believe. If the parents were so good and righteous, why did they treat their oldest son like dirt? I’m left with questions like: Why was Richard favoured? Where did Peter go? Did he send Richard’s story into the magazine? And if so, it proves Peter was more worthy than his parents’ gave him credit. His purchase of the pen for his little brother was a kind act that went unrewarded.

The cover was appealing, and that was a large part of the reason I downloaded the book.

This book can be purchased at Amazon.ca, Amazon.com and ChaptersIndigo.

One resolution I made this year was to catch up on my reading. I have almost 250 books on my to-read shelf, so I have a lot of catching up to do.

Reviews are the life blood books, so I will post my reviews on Amazon.ca, Amazon.com, Goodreads, my Facebook page, Chapters Indigo, Smashwords and here. I may not have a review every Sunday, but I hope to have at least two a month.

Please, don’t ask me to review your book. It will take me three years to get through the books I already have and those that trickle in from one source or another, along with impulse buys.