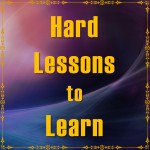 Although it’s tough to admit it, six years ago, I made a horrible mistake in my publishing journey. After publishing the first book in my Castle Keepers fantasy series, Shadows in the Stone, I should have buckled down and completed the draft to the second book in the series, Scattered Stones.

However, feeling the pressure to get more books on my publishing shelf, I wrote a few short stories that were not in the fantasy genre. They were quick writes, quickly edited by my editor and quickly published. I soon had four books on my shelf. It looked impressive.

I was following the advice of those who believed the more books on a shelf, the more a writer gets noticed because they have a larger footprint.

However, those giving advice didn’t stress the vital fact that the books written should all be in one genre. Readers sometimes stick to one genre, so those who loved my fantasy novel might not like my contemporary stories about death, domestic abuse or a cranky neighbour.

I picked away at the second book in my fantasy series while writing and publishing a few more short stories, two romance novels and a humorous novel. While I enjoyed writing these books and learned from each one, they were not what my readers wanted. They were NOT fantasy.

Discouraged, burnt out from lots of writing and with low books sales, I soldiered on. I completed Scattered Stones and published it in 2016 with little fan fair. During this process, other projects took my attention, and I tinkered with book three in the series, Revelations Stones.

I love this fantasy series, and I adore the characters. There’s a connection I can’t break. So, why couldn’t I focus on writing one book after another?

I don’t know the answer to that question. It might have something to do with the upheaval at home between 2014 and 2017. It might have been my like for so many topics and the explorer in me who wanted to see ‘what if?’. Or it might have been the shorter novels were more appealing because they were easy to write with little to no research. After all, I can write 40,000 words in two months and edit them in a few days. Writing and editing 130,000 words is a time-consuming, mammoth task. It’s both my romance and my humorous novels put together.

In the end, I think it was lack of knowledge on what it takes for an author to succeed in this world of publishing with algorithms that look at the raw data only.

I have since learned it is more important to have three books in the same genre than to have six books in six different genres. In the majority of cases, publishing a book in a new genre pulls us back to the starting gate each time to build a new audience for our story. It’s difficult to make it around the track doing this.

It is vital we choose a genre we love and build a solid following before branching into other genres.

I know deep down I prefer fantasy above all other, and if I could write in only one genre, fantasy would be it.

So from here on into the unforeseeable future, I will focus only on my fantasy stories. The draft for Revelation Stones will be completed by January 31, 2019, and if the winds prevail, it will be published May 6, 2019.

This is my first goal for the upcoming writing season.

11 thoughts on “A Hard Lesson Learned”