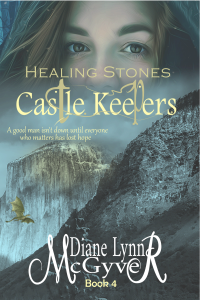 As mentioned in my post on August 17th Comparing Print Times of KDP Print and Lulu, I ran into trouble with Lulu’s newly designed website and their more user friendly tools. While frustrating, once I figured out the source of the problem, I solved the problem for the print file for Healing Stones and other books I plan to upload in the future.

To understand my problem, we have to go back to the beginning when I uploaded my first interior file to Lulu. This was about two years ago. Back then, I did as instructed and saved the file in PDF. However, Lulu rejected every PDF for the interior that I tried to upload. I tried to figure out why but couldn’t.

Reading further, I saw they also accepted .docx files, so I uploaded my formatted book in the MS Word document file I had originally created. SUCCESS. Lulu accepted the file, and I never looked back. From then on, I always uploaded a .docx instead of a PDF.

The new version of Lulu accepted PDFs only, and this put me right back to square one: two years ago when I had encountered the problem of uploading PDFs. I hadn’t solved the problem, and it was now ready to bite me.

The problem with my PDF, according to Lulu, was embedded fonts. Yup, that’s what they said two years ago even after I saved my Word document with embedded fonts. I tried this again, clicking every box a clicker could click. Still, I was rejected.

I read their rules about embedding fonts and tried again, and again FAILED. I switched to advice from the Internet and followed instructions found on a few sites. Again, FAILED.

I had used about ten different fonts to create my book. I tried to find information on each one, but soon gave up. There wasn’t a lot on the Internet, and it would have taken forever to investigate each one. Then I threw caution aside and did the obvious: chose a general font I believed could be embedded and changed my entire interior to it.

One by one, I added the original fonts to the manuscript and uploaded to see if Lulu accepted it. To my surprise, all were accepted but one: Time New Roman!

Don’t get me started. Of all the fonts I thought would have been rejected due to its inability to be embedded, this wasn’t one of them.

I have my Normal Style set to Time New Roman, so even though I did not visibly use this font, the spaces and blank lines sometimes appeared as this font. That’s right; blank spaces were Times New Roman, and they counted. Not anymore. When it comes to formatting manuscripts, I change it to Palatino Linotype.

Fonts I used in my manuscript that could be embedded included:

In all my reading about publishing, formatting the interior of books, designing covers and writing, I have never before read about the inability to embed certain fonts…except that one website I stumbled upon, which didn’t have anything to do with books, publishing or formatting novels.

As they say, “Knowing is half the battle.” And now I know.