Back in May, I had ordered two copies of Healing Stones from the two printers I use regularly. I wanted to compare the quality of the printing and paper for both the interior and cover. Here’s what I found.

The two printers I used were Lulu and KDP Print. All aspects of the books were the same, including the matte cover. 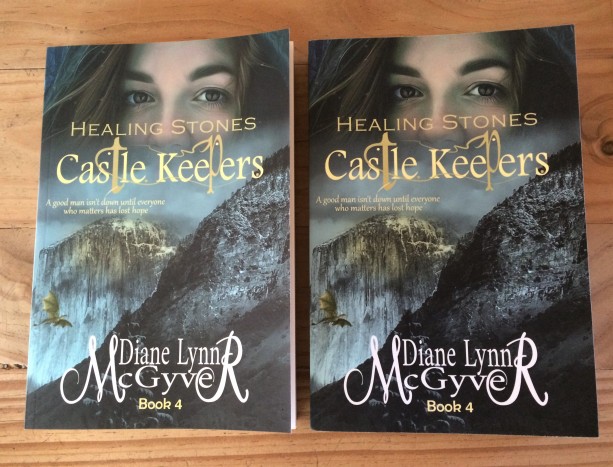 When placed side-by-side and compared closely, the Lulu copy is a shade darker and the greens in the girl’s hood are greener than that by KDP Print. If the books were held apart, these differences are not noticed.

However, the squares around the “T” on the spines are noticeably different if held apart. The Lulu version is the blue I had chosen and looks like that on my computer. The KDP Print book has a purple square.

The back covers look identical. 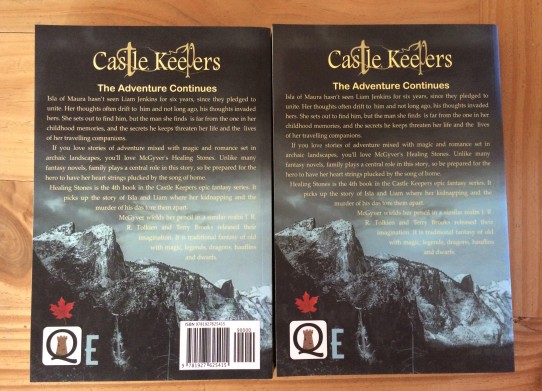 I chose cream for page colour, and the pages for both books match perfectly.

When held close for comparison, the KDP Print version has slightly darker printing of the text than Lulu’s. Lulu’s isn’t light, but it’s not as dark.

The map in the front of the book is noticeably darker in the KDP Print book (left).

The thickness of paper feels the same.

While the interior pages feel the same thickness, the KDP Print version of the book is slightly, but noticeably thicker when both books are held together. The slight thickness of the paper making the cover won’t compensate for all of this thickness, so that leads me to believe the weight of paper used by KDP Print is slightly heavier.

Which will stand the test of time better is unknown.

Just a reminder that my novel, Northern Survival, is half price until Thursday September 10th. Or if you are a Kindle Unlimited member, it’s free to read. Pick up a copy here: