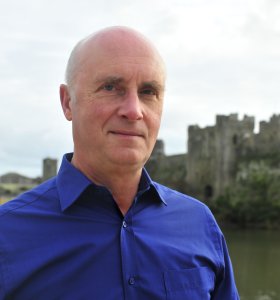 Introducing historical fiction author Tony Riches, from Pembrokeshire in Wales UK. Tony has two best-selling Tudor trilogies to his credit, and the first book of his new Elizabethan series was released this summer. In this interview, he shares a little bit about it.

1.) What is the title of your recent book? Is it a series, what genre is it and is it suitable for all ages?

My latest book, Drake – Tudor Corsair, is a biographical fiction novel about the life of Sir Francis Drake. After extensive research, I’ve taken a fresh look at Drake’s adventures – and found that most of what I thought I knew about him was wrong. This is the first book in my new Elizabethan series – which will complete the stories of the Tudors.

2.) In a few sentences, tell us a little about the book. Give us a glimpse of the plot without giving away any spoilers.

Devon sailor Francis Drake sets out on a journey of adventure, and learns of routes used to transport Spanish silver and gold. Queen Elizabeth is intrigued by Drake and secretly encourages his piracy. Her unlikely champion becomes a national hero, sailing around the world in the Golden Hinde and attacking the Spanish fleet. Then King Philip of Spain has enough of Drake’s plunder – and orders an Armada to threaten the future of England. 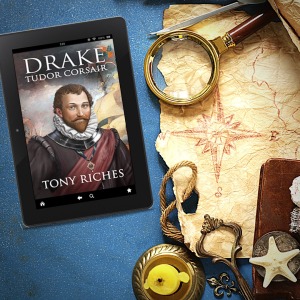 3) Who is the main character in this book and what do you like about him?

Francis Drake is a complex character, the eldest of twelve brothers and son of a Devon preacher, he is a self-made man, who works his way up to become a ship’s captain. I liked how Drake was ahead of his time, and worked with escaped slaves in Panama against the Spanish. His modest background meant he was resented by the nobility, even when he was knighted, yet he still managed to become a favourite of Queen Elizabeth.

4) What inspired you to write this book?

I’m following the true story of the Tudor dynasty from the first meeting of Owen Tudor with Queen Catherine of Valois to the death of Queen Elizabeth Ist. I decided to show the many facets of Elizabeth through the eyes of her favourite courtiers – and Francis Drake was my first choice. I’m a keen sailor, so it was fascinating to sail around the world in the Golden Hinde, and I could imagine what it was like in storms, as I’ve survived a few myself!

5) Where can readers buy this book?

Learn more about Tony through these websites:

If you’ve read one of Tony’s books, please, leave a review on Goodreads or one of the vendors that sell books.

If you are on social media, please, share this interview to help broadcast news about this book. Tony is happy to support other authors with guest posts and reviews on his popular blog, The Writing Desk, at which has recently passed the significant milestone of one million visitors. 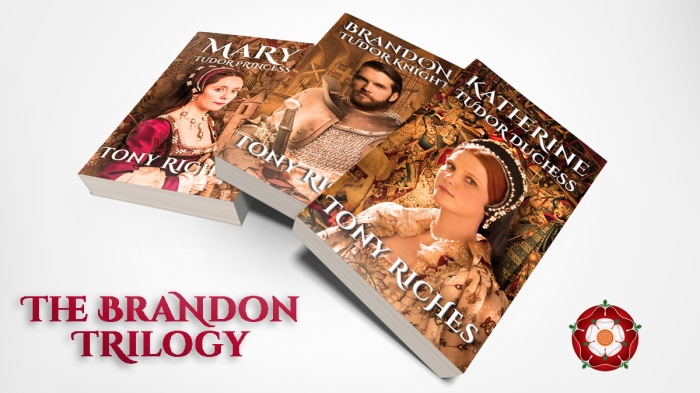 Are you an author who recently released a book or are you about to? Are you interested in taking advantage of this blog space on Wednesdays to promote your book? Check out this post to see if your book fits.