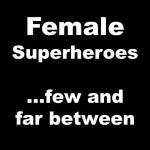 Whose fault is that?

If you don’t know what I’m talking about, view this clip in which the interviewer starts the interview with the following question, “I have a very serious question to start with about shifting(?) (difficult to make out). Because I know a lot of fans were actually pretty invested in the idea of Natasha with actually either/or, or both of you guys, and now obviously she’s with Bruce. What do you guys make of that?”

A tired and bored-looking Hawkeye replied, “She’s a slut.”